As promised, here are the recipes for Glühwein and Cinnamon Roasted Almonds! 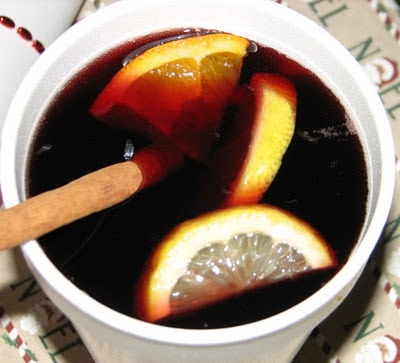 Boil the water and sugar until it is reduced by half. Add the red wine. Bundle up the cloves, cinnamon and slices of oranges and lemons in cheesecloth. Add to wine. Bring the mixture almost to boiling point; let simmer. Serve hot.

* I like to double this recipe so that I can have the wine whenever I want it. I keep a bottle in the fridge and heat up by the cupful in the microwave. 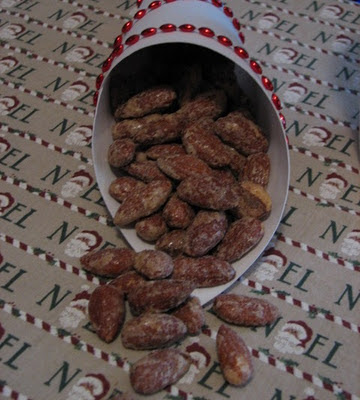 Preheat oven to 250 degrees F. Lightly grease a 15x10x1 pan. Lightly beat the egg white; add water and beat until frothy but not stiff. Add the nuts and stir until well coated.

Sift together the sugar, salt and cinnamon. Sprinkle over the nuts and toss to mix. Spread on prepared pan and bake for 1 hour, stirring occasionally.

Thank you for the recipes! They sound delicious!