I, like most people, usually hit snooze when the alarm goes off in the morning. Also, like most people, I need two cups of coffee before I am able to function and speak coherently. After that, the day begins with all of its normal hustle and bustle and static noise.
However, there were times this past year when I awoke way before anyone in the house or in my neighborhood. These were my quiet times; times of solitude.  I would take my coffee and slip out to my deck… and I would breathe deep.
There were days during this past Winter that snow would be falling, the world was silently white, and the cold blast of air would awaken my soul. Winter may be a time of dormancy but in those early quiet moments, the day was vibrant, alive and crisp. 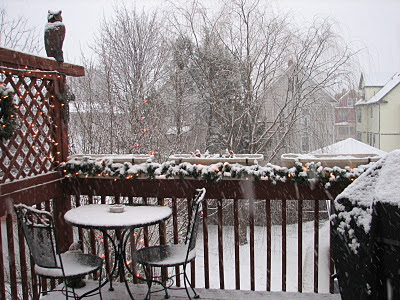 In the Spring, I would catch glimpses of newly sprouted greenery and hear the chirps of the early birds catching the worm. The light breeze with hints of renewal caressed me as I sat and absorbed the rebirth of nature.  My father-in-law was really struggling with his illness at this time so I spent many of these mornings pondering life’s complexities. 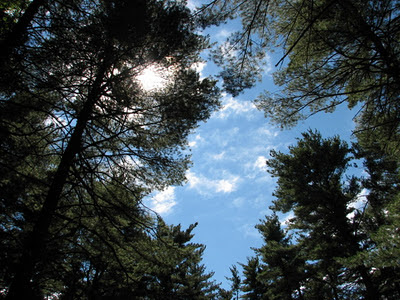 The Summer brought sun with all of its radiant warmth.  Spiders busily spun webs among my geraniums while a hummingbird, a rare sight in my neighborhood, fluttered its wings speedily to sip the nectar of the flowers. 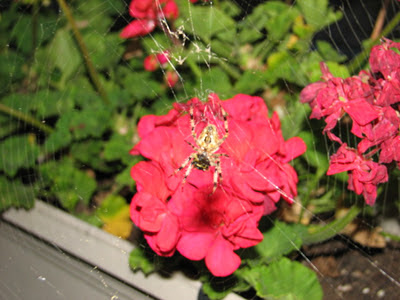 I was a spectator to a pair of cardinals who had nested in my lilac tree and produced two baby birds. When the birds were taught to fly, they promptly left their parents behind. I reminisced about how quickly my own children had grown and wondered if the cardinal couple experienced the same bittersweet feelings of being proud and heartbroken simultaneously. 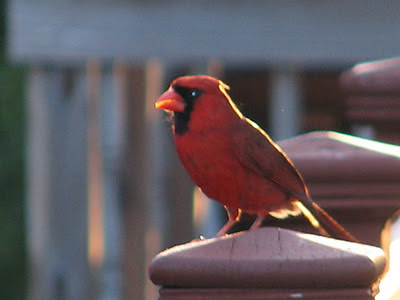 I especially relished the chilly Fall mornings.  The lingering smell of burning wood from chimneys would mingle with my steaming cup of coffee as I would close my eyes to listen to the wind rustle through the leaves of the willow tree that engulfs my tiny backyard. I also befriended a squirrel who would cautiously eat the nuts I put out for him while I eyed him with delight. We even had a conversation one day. Actually, the fuzzy little rodent did all the talking. I am still not sure what he said but he made me laugh with his clicking noises and dramatic body language. 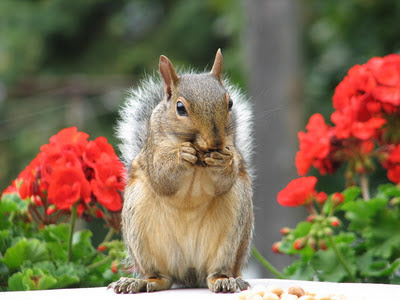 During all of these soothing moments, I realized how majestic yet simple life is. Today I am grateful for early mornings.
♥
Posted by Kathi at 9:17 PM

For the last two days, I have found a inner peace with the words that you have posted. As we live our lives daily, we yearn for a simplicity in these hard times. Your words are comforting to many that read your blog. I too am grateful for early mornings and for having you and your family in my life. :)

Your words are beautiful and have been very moving for me. I dread the day that my son leaves me behind. But I am also anxious for him to spread his wings and glorify God with the gifts he has been given.

For me also, it is the everyday moments in life that I find the most gratitude and sweetness as it engulfs my soul.

I enjoyed your post, Kathi! Gratitude is such a strong force for turning the harsh realities of life into memories that can have a positive impact. Thank you for opening your heart.